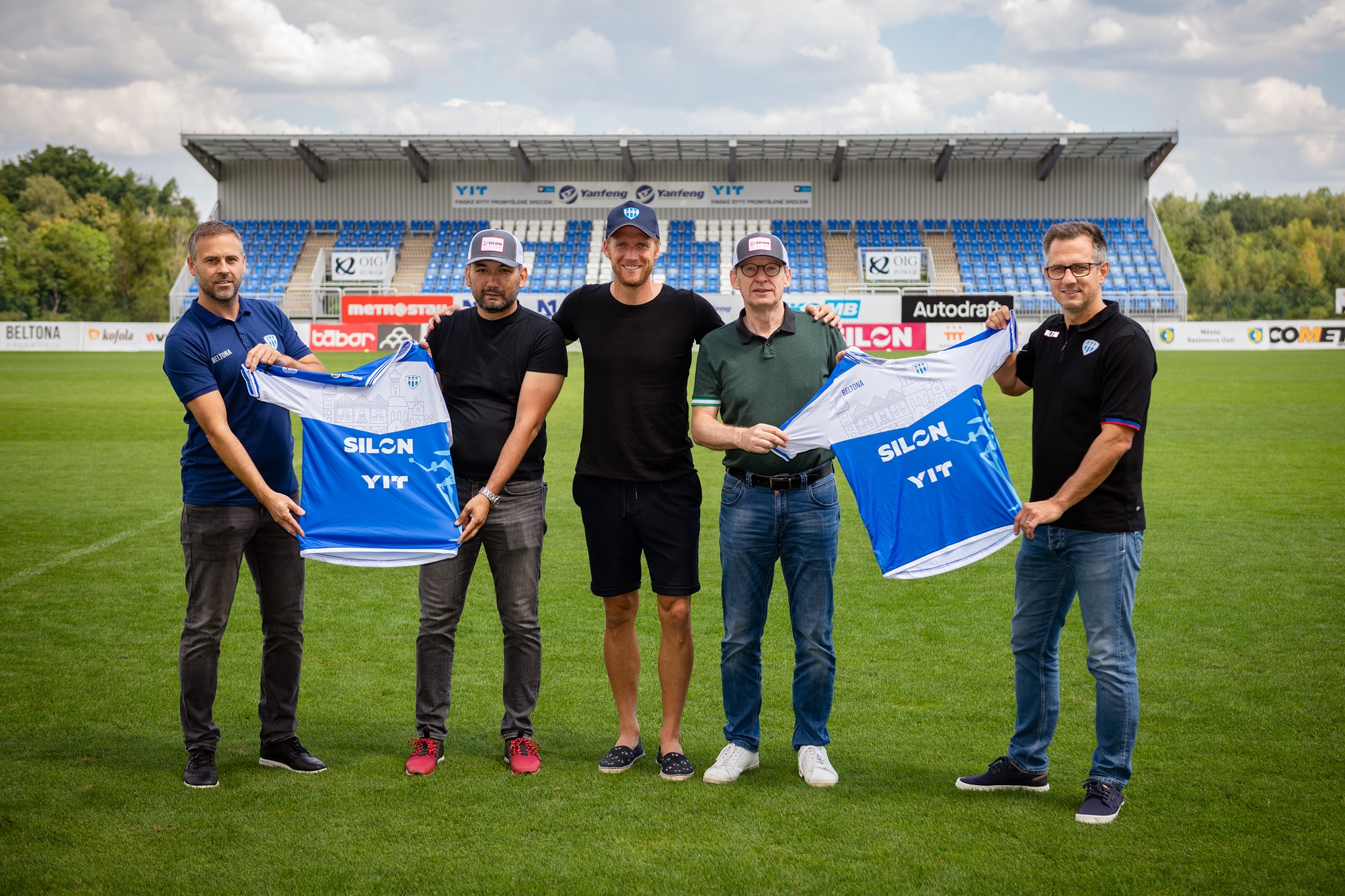 We are glad we were part of the important history rewriting and that, after 81 years, we have become a new titular partner of a Tábor football club, which is now known as FC SILON Táborsko.

The name of the Tábor football club contained MAS, i.e. Moravské akciové strojírny, which means Moravian joint-stock engineering works (formerly Spartak MAS Sezimovo Ústí, later FC MAS Táborsko).
We believe this is a very important moment in the one hundred years’ history of Tábor’s football, which will have a positive impact on the club’s results and operation. At the same time, we are happy the cooperation will bring new benefits for all football fans amongst our employees.

The club had new shirts made for the upcoming season. How do you like it?

This website uses cookies to improve your experience while you navigate through the website. Out of these, the cookies that are categorized as necessary are stored on your browser as they are essential for the working of basic functionalities of the website. We also use third-party cookies that help us analyze and understand how you use this website. These cookies will be stored in your browser only with your consent. You also have the option to opt-out of these cookies. But opting out of some of these cookies may affect your browsing experience.
Necessary Always Enabled
Necessary cookies are absolutely essential for the website to function properly. These cookies ensure basic functionalities and security features of the website, anonymously.
Functional
Functional cookies help to perform certain functionalities like sharing the content of the website on social media platforms, collect feedbacks, and other third-party features.
Performance
Performance cookies are used to understand and analyze the key performance indexes of the website which helps in delivering a better user experience for the visitors.
Analytics
Analytical cookies are used to understand how visitors interact with the website. These cookies help provide information on metrics the number of visitors, bounce rate, traffic source, etc.
Advertisement
Advertisement cookies are used to provide visitors with relevant ads and marketing campaigns. These cookies track visitors across websites and collect information to provide customized ads.
Others
Other uncategorized cookies are those that are being analyzed and have not been classified into a category as yet.
Save & Accept